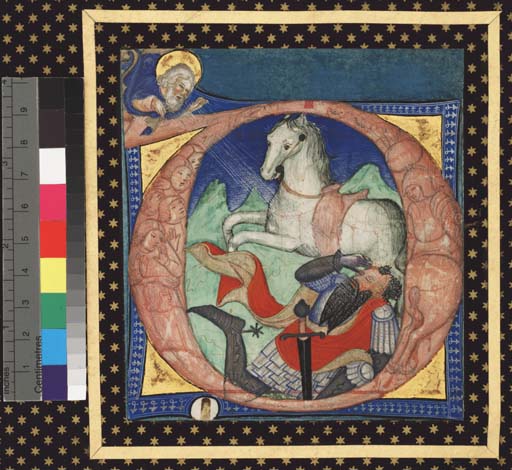 The digital scriptorium is an expanding image database that lets scholars and members of the public take a look at some beautiful medieval and renaissance manuscripts held in libraries and archives across the USA. Two fifteenth-century Italian manuscripts, held in the Free Library of Philadelhia are particularly exciting for our project, as they contain elaborate decorated initials, featuring images of the conversion of St Paul. END_OF_DOCUMENT_TOKEN_TO_BE_REPLACED

The BBC has a podcast of a thoughtful episode of Heart and Soul (originally broadcast in April this year) which charts modern conversions to Judaism — a religion with no missionary tradition, which neither seeks nor encourages conversion.

Seeing is believing! Calvinism on display at the British Museum

Until 9 October 2011 visitors to London have the opportunity to view what is probably the richest display of objects – pound for pound in gold and jewels alone – seen at the Museum since the Tutankhamun exhibition there of 1972.  The selection of what must be a little under 150 objects (of which 139 are discussed in the scholarly catalogue), which are laid out tastefully, dare I say reverentially, in the former round reading room of the old British Library, ranges chronologically from the mid-fourth century CE (a column sarcophagus with Christ and the Apostles excavated from near the Vatican) to the sixteenth (a crystal vial containing a relic of the Holy Thorn given to Mary Queen of Scots by her father-in-law, Henry II of France entwined with a string of pearls which were believed to belong to her and possibly worn at her execution). END_OF_DOCUMENT_TOKEN_TO_BE_REPLACED